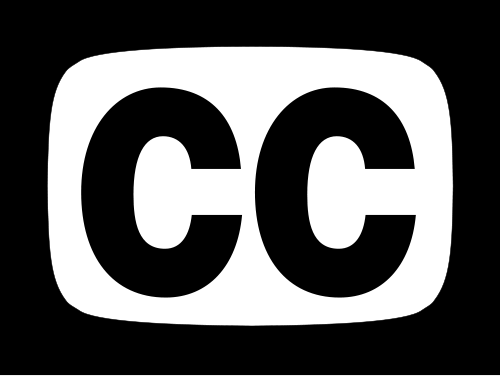 1. What’s the difference between closed captioning and subtitling?

While both CC and subtitling display text on screen, closed captioning is meant for a non-hearing audience and so includes non-verbal information in addition to what speakers say. This can include sounds effects, speaker IDs, and positioning (left, right, centre) to indicate who is speaking.

Subtitling assumes that the audience can hear but doesn’t understand the language, so it deals with what the speakers say but doesn’t include the non-verbal information.

2. What’s the difference between open and closed captioning?

3. When do I need closed captioning?

You need closed captioning any time you want to include viewers who can’t fully hear or appreciate your audio for reasons that might include hearing loss, a noisy surrounding environment, or because they are learning the language.

Broadcasters are required by law to include captioning, but it is also a great way to give viewers another way to receive information. For instance, have you ever watched a film where the accents were so strong, or the voices were so quiet, that you weren’t entirely sure what was said? Good captioning would help you out here.

Captioning transcripts can also be used as the basis for fantastic dialogue lists and other post-production scripts. If you are planning a web presence, consider posting the transcript (or portions of it) to your blog or website.

4. Are there different types of closed captioning?

Roll-up captioning: is used when time is tight to broadcast, and when there are few changes of speaker. The captions are not phrased for clarity, and normally the viewer has to figure out from the picture who is talking. Rollups are the least labour intensive method of captioning, and should therefore be the least expensive…but the transcript should still be perfect.

Here’s an example of roll-up captioning:

Pop-on captioning: more closely resembles subtitling, where the captions are phrased into 2-line titles which display sequentially, each one individually timed. Each caption should form a unit of meaning, and should be phrased to make it easy to read and understand.

Here’s an example of pop-on captioning:

5. How can the closed captioning process be made easier?

Know what all of your deliverables are and in what formats (as much as possible), before you start captioning, post production scripting, or subtitling.

Let your service provider help you plan the best process for your project. For instance, sometimes you will not be able to provider a copy of your show with final audio and picture, but your captioners will be able to start with preliminary media and finish to final media or final notes to shorten your final delivery timeline.

Also, always make sure to tell your captioners about any changes made to audio or picture after they have started work, or your captioning won’t match your final picture.

Instructions:
Coat the bottom of a roasting pan with 1/4 cup olive oil.

Slice your heaviest vegetables into 1/2 inch slices or use cauliflower florets to make a single layer in the bottom of the roasting pan. Sprinkle with salt, and broil until brown and tender, flipping once. Remove from pan and put in mixing bowl.

Re-oil the pan and blacken the medium-bodied vegetables and onions, roughly chopped, under the broiler. Remove from pan and put in bowl.

Re-oil pan and put in the tomatoes, halved, cut side down. Broil until the skins blacken, remove the tomatoes, and chop. Add to bowl.

Toss all vegetables in the bowl with the yogurt and thyme. Salt and pepper to taste, put the mixture in the roasting pan, and broil until charred on top. Serve with lemon. Amazing!

Thanks to Mark Bittman.

If you know the details of your project and would like to get started...

Steffani Cameron is a  Twitter luminary in her own right, Steff has been working with us as a caption timer since 1998. With her wicked sense of humour and joie de vivre, she lights up every project she works on. Little known fact: she has the skills of a general contractor, as well as being an excellent writer and chef. Additional fact: Steffani was also Line 21’s VideoTape Saviour back in the day of VHS if any machine ate the tape. The horror, the horror!

Will has been our go-to script editor since 2005, working with Leslie Foster to produce post production scripts of all descriptions and complexities, from the simple to the beyond micro-detailed. He is a hugely valued team player and accomplished writer and editor in lots of genres. If you’ve had any dealings with our script department in the last eight years, Will has likely worked on your show!

Siri is an artist, musician, and TV junkie born and bred in Vancouver, BC. While completing her Fine Arts degree at SFU, Siri worked as a production artist at the award-winning animation company International Rocketship, and so began a love affair with Vancouver’s film industry and the joys of visual storytelling.  When not working and voraciously watching television, Siri fills her time with ever-expanding creative projects. We are incredibly lucky to have the brilliant and talented Siri Arnet on staff. Not only is she a fine artist and musician with several special projects always on the go, she’s also one of our senior caption timers and has been with us since 2002. Siri is clever and fun and a joy to work with, and we hope you get to meet her sometime!

Having been with our company since 1998, Dawn, Senior Caption Editor, has worn many hats at Line 21; she has done everything from captioning, scripting, and subtitling to employee hiring and training, marketing, scheduling, and project coordinating. So she knows our company– and the industry– inside out. She has a degree in Communication Studies and Women’s Studies, and brings her proofreading and customer relations experience to Line 21.

Meet our Script Department Supervisor, Leslie! Leslie has been with Line 21 for 14 years, starting out as a caption editor in 1998. Today, Leslie manages the entire script department and works hard to deliver the best quality scripts to clients. Leslie started in the film and television industry in 1997 after studying photography at Ryerson University.  From raw footage transcription to CCSLs, Leslie’s crew can do it all, on time, and with the best quality in the business. When not at work and whenever possible, a daring sense of adventure often finds Leslie far from home, camera in hand, and more than once wondering why that chicken she just ordered was served with paws.

Patricia Dziekan is Line 21’s customer care specialist and back-office admin. She is also Line 21’s social media guru, helping us to connect with Facebook and Twitter. She’d love to post a blurb about your project; if you have anything to promote, please let her know. She went to film school, worked at the airport, and ran my own cell phone and computer business. That was when Rogers was called Cantel and the “hot phone” was the Motorola 550 Flip Phone. It was an analog phone and we couldn’t keep it in stock, because it went out the door so fast. I see you can buy it on e-Bay now for about $45. Favourite part of her work is getting to see all kinds of projects that I would normally never have the chance to see as well as meeting clients face to face. We do most of our communication through email, so I don’t know what most of them even look like. Yesterday, I finally met someone that I’ve been working with for 9 years!

Carolyn Vetter Hicks is the co-owner, and incorporated the company with Kelly Maxwell in 1994 and hasn’t looked back since. The two have been friends since Grade 8, when they were living in Richmond, playing softball and skating with the Connaught Figure Skating Club.Working with language and communication was a natural fit. A master of languages, Carolyn is fluent in English, French, and German, and dangerous in Italian and Spanish… as well as Arabic, Flemish, Dutch… Try her.  Carolyn is the immensely skilled organizer behind the mammoth task of scheduling at Line 21, and is able both to schedule weeks at a time and turn a schedule on a dime. Carolyn is known for her wicked sense of humour, her uncanny impersonations, her razor-sharp scheduling mind, and her enthusiasm. She loves languages, travelling, Florence (among other wonderful places), and la dolce vita!

Kelly is the director and co-founder (in 1994) of Line 21 along with Carolyn. She holds a BA in Cultural Anthropology and a Master’s degree in French Cultural history, and is proud to be able to spell  Bakbakwalanooksiwae on demand. She is an unrelenting trouble-shooter, for which she would like to thank Mr. Vanags and the grade nine comp sci class that taught her flowcharting. She was a caption editor at Western Captioning in Gastown. Before that, I was an Anthropology graduate, History grad student, prep cook, office manager, sports association manager, Dbase 3+ hacker, tax preparer, and mental health worker. I flipped burgers in the Pit Pub at UBC for two years in the late ’80s—I recognize a lot of people around town from those years. In the early ’80s, I worked at Ticketmaster (with Carolyn Hicks) and also at Le Chateau.